What is  Procaine ?
Procaine is a local anesthetic drug of the amino ester group. It is used primarily to reduce the pain of intramuscular injection of penicillin, and it is also used in dentistry. Owing to the ubiquity of the trade name Novocain, in some regions procaine is referred to generically as procaine. It acts mainly by being a sodium channel blocker.Today it is used therapeutically in some countries due to its sympatholytic, anti-inflammatory, perfusion enhancing, and mood enhancing effects.

Procaine was first synthesized in 1905, shortly after amylocaine. It was created by the German  chemist Alfred Einhorn who gave the chemical the trade name procaine, from the Latin nov- (meaning new) and -caine, a common ending for alkaloids used as anesthetics. It was introduced into medical use by surgeon Heinrich Braun. Prior to the discovery of amylocaine and procaine, was the most commonly used local anesthetic.[citation needed] Einhorn wished his new discovery to be used for amputations, but surgeons preferred general anesthetic. Dentists, however, found it very useful. Einhorn was displeased by this[why?] and spent many years touring dental schools to advise them not to use it.

Application of procaine leads to the depression of neuronal activity. The depression causes the nervous system to become hypersensitive producing restlessness and shaking, leading to minor to severe convulsions. Studies on animals have shown the use of procaine LED to the increase of dopamine and serotonin levels in the brain. Other issues may occur because of varying individual tolerance to procaine dosage. Nervousness and dizziness can arise from the excitation of the central nervous system, which may lead to respiratory failure if overdosed. Procaine may also induce weakening of the myocardium leading to cardiac arrest.
Uses :Local anesthetics. Its toxicity is low and its effect is fast and safe. It is suitable for local anesthesia and is used in eye, ear, nose and tooth surgery for infiltration anesthesia, conduction anesthesia and closure therapy. This product is also used to produce procaine penicillin. 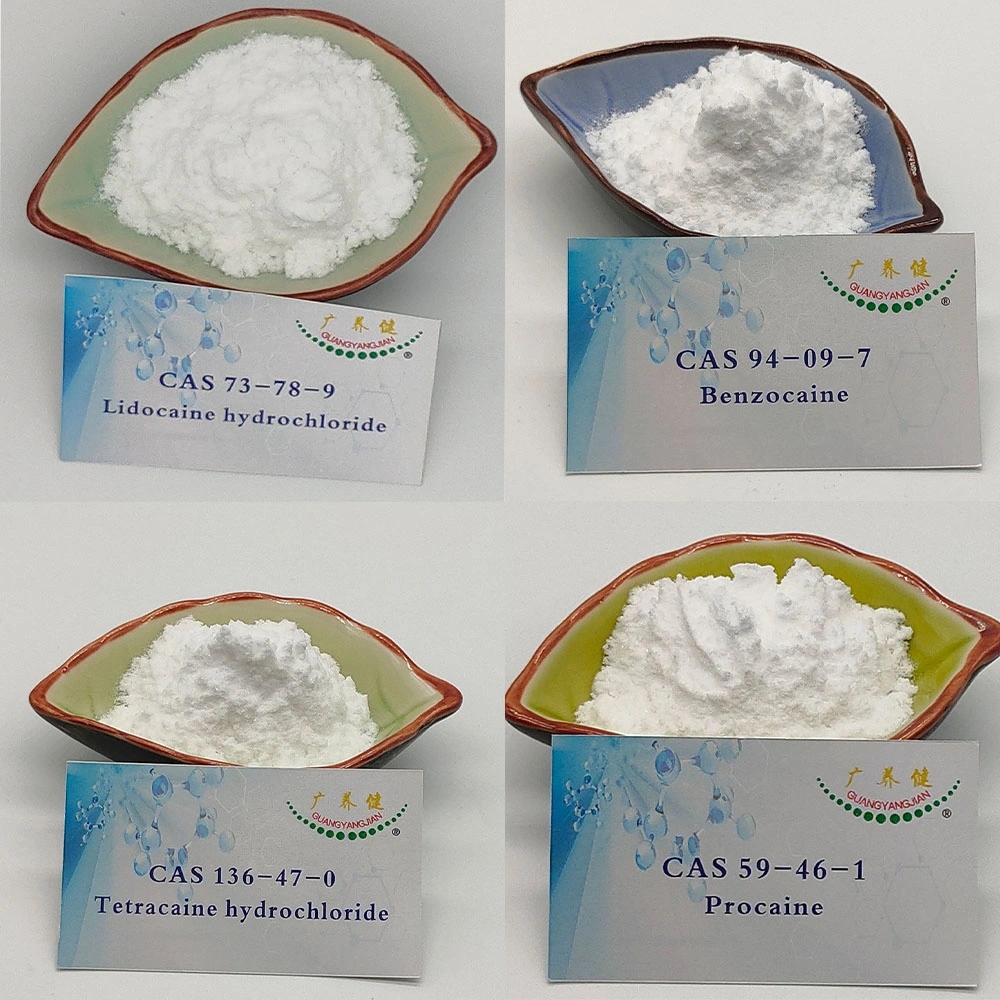